This blog is part of an ongoing series on how to speak to your child about difficult topics.

Pride Month is here, and it’s a time to honor the history of the LGBTQ+ (lesbian, gay, bisexual, transgender, and queer) community and support LGBTQ+ culture and rights. Given this backdrop, it may be a good time to begin or continue, an open and positive dialogue about gender identity and sexual orientation with your child.

These conversations can be difficult, sensitive, and may seem overwhelming at times — for both you and your child — but they’re important to get going, even if they begin lightly. Whether your child identifies as LGBTQ+ or not, or whether they’ve broached the topic of gender and sexuality with you already or not, signaling that you as a parent are open and ready to listen and accept them without condition can mean the world to your child.

Ultimately, your goal is to be a parent of a self-assured, confident, resilient, loved child, who is authentically themselves. Creating a supportive space for your child for many aspects of their identity — including gender and sexuality — is crucial in achieving that goal.

Here are some tips for opening space to talk about gender identity and sexuality with your child.

Tailor the conversation to their age and awareness levels

Gender or sexuality may be something your child has thought a lot about on their own; or it may be something they haven’t yet given much thought to. Maybe they’ve met a friend who identifies as part of the LGTBQ+ community, or has a different gender expression, or has parents who do; Maybe they’ve been sitting with their own questions. It’s also possible they’ve had conversations about identity at school, or have seen diverse gender and sexual expressions and identities in movies, social media, books, or the news.

Try to gauge how much they know, and what questions they want to talk about. It may be most beneficial to allow your child to guide the conversation and ask the questions on their mind.

The conversation may also begin with a foundational conversation about what gender identity and sexuality is, and how there is a broad spectrum of both. As a parent, you want your child to understand the diversity of many life experiences, including in terms of sexuality and gender.

It doesn’t need to be one major talk or lecture — instead, you can broach the topic lightly, and continue it as an ongoing dialogue between you and your child.

It’s possible, too, that your child is not ready to have the conversation, or that they don’t yet feel comfortable opening up about their own gender and sexuality. That’s also okay, but it’s important you make it known that you are ready for them when they are — and that you love them without condition.

Be open and reassuring

These conversations may seem tough for you as a parent, but often they are even more challenging for children. Make sure your child knows that they are in a safe, nonjudgmental space when they enter a conversation with you about sexuality and gender identity, especially their own.

Though you may feel you aren’t completely confident in your way of addressing the topic personally, that’s okay. For now, it’s important to make sure your child knows that you are unconditionally supportive of them and that you’re someone who they can turn to or talk with about their identities.

Some people in the world are not open or accepting. But you can be a model for openness and acceptance, too. With your own actions and ways of talking about gender and sexuality in your daily life, make sure you are being inclusive and refraining from perpetuating stereotypes or being prejudiced or discriminatory. Don’t assume that your child is straight or cis-gender, especially if you haven’t yet asked. Try not to enforce stereotypes and gender norms on them, and allow them to feel empowered to make their own choices in relation to their gender expression and identity.

Sexuality and gender identity are only one part of who your child is — it’s important to who they are, but they are also much more than those aspects of their identity. As a parent, you can model the openness and love that your child deserves to experience in the world.

Empower your child to embrace their true self, and open up to you about their own questions and feelings

If your child has opened up to you about exploring or identifying as gender diverse or LGBTQ+, allow them to speak openly, without your judgment.

Maybe you don’t initially know the right thing to say — and that’s okay. Just listening and reminding them that you love them is a good first step. Feel free to acknowledge how much you don’t know, and that you’re willing to learn and support them.

Some children may feel they have to hide their true selves from society and conform to social norms; but you should make sure they know they don’t need to hide from you — and they should not fear any possibility that you’ll stop loving them. An understanding of unconditional love and acceptance is crucial for LGBTQ+ youth.

The Trevor Project, an American nonprofit working to prevent suicide among LBGTQ youth, found that over 40% of LGBTQ youth, and the majority of transgender and nonbinary youth, had seriously contemplated suicide in the last year. Three-fourths of LGBTQ youth reported experiencing discrimination for their sexual orientation or gender identity.

Strong links have been found between a family’s acceptance or rejection of LGBTQ+ identifying children. The Family Acceptance Project at San Francisco State University, for example, found that lesbian, gay and bisexual adolescents who experienced high levels of family rejection were over eight times more likely to have reported attempting suicide or nearly six times more likely to report high levels of depression.

Seek out more resources, and keep the conversation going

You as a parent don’t need to single-handedly have all the answers. There are affinity groups and other organizations that work to support people of all types of gender identities and sexual orientations — whether through advocacy, affinity, awareness, or counseling. There are books and movies with positive and diverse representation — which can help your child remember that they are not alone. There are affirmative mental health counseling and therapy services  to help guide your child through their gender and sexuality journey.

Even if you don’t have the right words, your child can understand compassion, openness, trust, and importantly, love. Your unconditional support as a parent could mean the world.

Conversations about gender identity and sexuality can be difficult for both you and your child. If you feel that either you or your child would like to speak to a psychologist, our inclusive practice at Georgetown Psychology offers affirming therapy for clients of all genders and sexualities. Our therapists are sensitive to the stigma, pressures, and stress placed on LGBTQ+ people in our society, and prioritize working at a pace that feels comfortable and safe for each person. 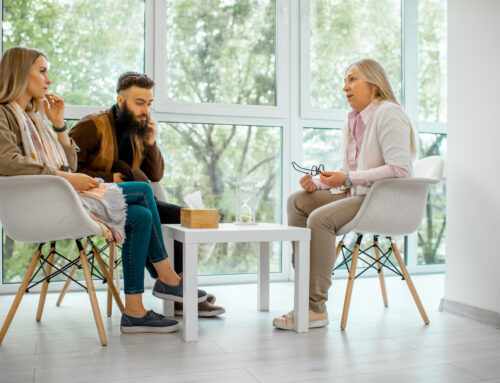 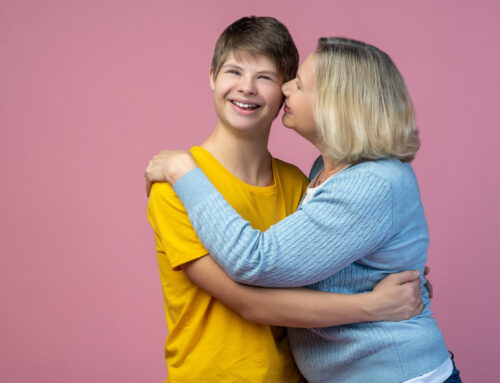 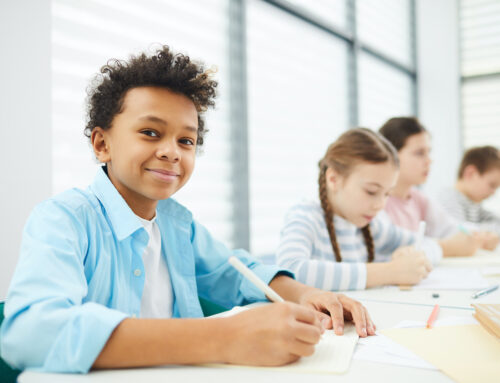 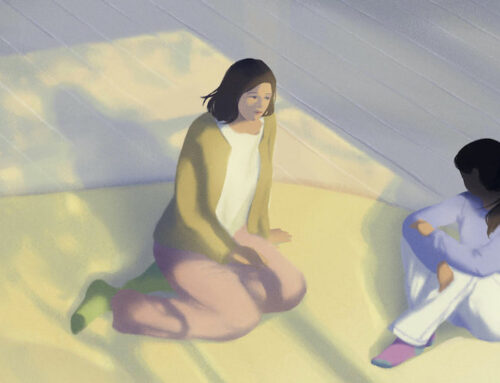 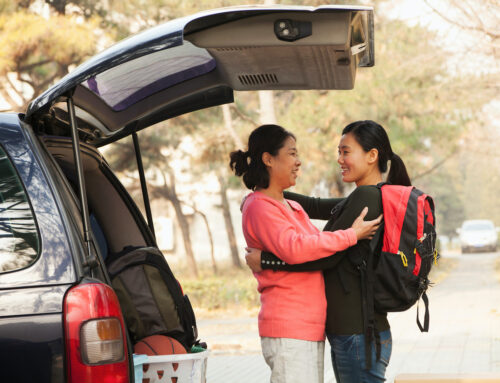